Thank you Lord for helping me finish my first year of Charis Bible College. Thank you for your wisdom! Thank you for the call you have for all of us!
Thank you for clean running water...electricity...toilet paper...and baby wipes.

I am strongly considering selling my pepper jelly.  It's made with only hot peppers...so it's super spicy.  I have quite a few fans of it.  It's all natural.  Come up with a good name and I'll give you a few jars on me.
Thanks for the input!
Posted by Thankyouabba at 10:12 PM No comments:

Wow it's been a while

I didn't realize how long it had been since I wrote last.  I have had quite a bit go on in my personal life.
I had gotten accepted to two branches of Charis Bible College, to start this fall, back in September.    One in Colorado and one in the south.  But my husband didn't want to move yet, even though the rest of us were excited and ready to go to Colorado.  I prayed about it and decided to stay, because there was supposed to be a second option of going to a more local extension school.
But a couple of days before classes were to start the Dean of the students at the head in Atlanta decided to cancel our classes stating that, "I have conceded to drop the class from 5 people to 4.  I will not, I refuse to concede to 3 students."  Even though we "3" had all paid in full.  There are no teachers, as it's all on video.  So no overhead there.  He even said it was not a financial decision, that it would affect our learning environment.  I asked how one more or less student would effect the environment and he gave no answer.  He had NO answers to any of my questions.  He didn't explain anything with any real answers.  Except the fact that he had NOT prayed over the decision to cancel our classes.  I had worked 3 years to get to that point and the man didn't even talk to God about cancelling us 3 ladies classes.  I get the feeling if it had been all men in the class it would have been different.  He was very rude to me.  He said I could go and drop in on first year classes anytime.  Well no, that's stupid to me...I did my first year. Why do that?  Why drive an hour and a half one way to redo my classes?  How ignorant of him.
He had a bad attitude.   So much so that I called the main campus in Colorado but they never contacted me back.  Strike two in my book.  I really don't understand how you can run a bible college extension based on God's love...and a relationship with God and yet at the same time you do not consult God about what decisions you are making in this school!  How hypocritical and how wrong for you to run things on your own because that is unbiblical!  Completely against what the bible teaches, which is for people to rely SOLELY on GOD and NOT  ON OUR OWN WAYS.
I stopped supporting the school's ministry after all of this occurred.  When I called crying and asking to talk to someone and no one calls me back...well I'm not going to give you money if you can't be responsible with the little things...like calling me back.
I am having to seek God in this so that I do not have any bitterness towards that mess of a man and that ministry.  I have learned a lot from them.  But maybe this is where our paths diverge and I am meant to have a different path in my spiritual walk from here on.  I am cool with that.  I am.  I do not want to have ill will towards that man.  But he really could have been kind and had at least a tad of compassion about squashing our dreams.  Geeze.
Then after all of that I have had some ups and downs with my husband.  Our relationship has been tedious.  I have been quite stressed and have had to put up more boundaries while seeking God's help in healing my hurts.  Hubby has been changing, letting God change him, which is wonderful.  Though, I still feel pressure to change and do things his way, instead of being myself.  I still feel pressure to act a certain way...to provide the things he feels he "needs" from me.  I do not like that co dependency vibe at all.  I do not like expectations on me when I am wanting to step back and breathe and heal.  It makes things more difficult and takes away precious time...I could be using enjoying life and healing at the same time.
I had not had the courage to write again because after years of never reading my blogs or my poetry, through this recent period of time and struggle, hubby suddenly wanted to read my writing.  Unfortunately, some of it was misunderstood and thrown up later on in discussions.  That got things heated and the standby of fear crept in.  You don't want to make him mad.  So you quit doing the things you love...the things that help you...so you won't upset someone else.  It reminds me of my childhood relationship with my dad.  So, I decided to kick fear to the curb and write anyways.  It's been long enough and writing really is a good medicine for me.

Posted by Thankyouabba at 12:00 PM No comments:

Posted by Thankyouabba at 4:49 PM No comments:

These are  adaptations from a recipe I got from a link from SouleMama's blog.   The original recipe for Parmasean Cream Crackers is here.
We made two different variations of the recipe.  One is using Asiago cheese and the other recipe uses sharp cheddar and a little asiago with some good spices.

1 cup all-purpose flour, more as needed
1/2 teaspoon salt
Spices…like we added a couple of dashes of paprika and garlic powder to the sharp cheddar batch.  Fresh nutmeg would taste nice with some coriander and swiss cheese.  Cayenne and a hint of mustard maybe with monterey jack cheese.  Just a few ideas.  Go with what you know or experiment.  It's not a lot to waste is it tastes less than expected…plus your pets will probably eat them if you don't.  ;)
1/2-3/4 + cup finely grated cheese/s  (the original recipe said 1/2 a cup, but we used about a whole cup on the second batch and the crackers were still awesome)
4 tablespoons unsalted butter (can be room temp. or cold)
1/4 cup cream, more as needed
Coarse salt, pepper, sesame or poppy seeds, minced garlic or whatever you like for sprinkling (optional).
1. Heat oven to 400 degrees. Line a baking sheet with parchment paper or lightly dust with flour. Put flour, salt, cheese and butter in bowl of a food processor. Pulse until flour and butter are combined. Add about 1/4 cup cream and let machine run for a bit; continue to add liquid a teaspoon at a time, until mixture holds together but is not sticky. (We added just a 1/4 a cup…slowly…and it worked without ever adding any extra.)
2. Roll out dough, to 1/4 of an inch to 1/3 an inch, on the parchment you are going to use on the baking sheet. Transfer the parchment sheet of dough to prepared baking sheet. Score lightly with a sharp knife, pizza cutter or a pastry wheel if you want to break crackers into squares or rectangles later on. Sprinkle with salt or other topping if you like.
(cut the crackers completely and separate them some…this will allow for more even cooking of the crackers)
3. Bake until lightly browned, about 10-14 minutes. Cool on a rack; serve warm or at room temperature or store in a tin for more than a few days. (as of the posting, ours have been in the cabinet for 4 days and are still awesome)  The crackers around the edge cooked faster, so we removed those then cooked the ones left a couple of minutes more. 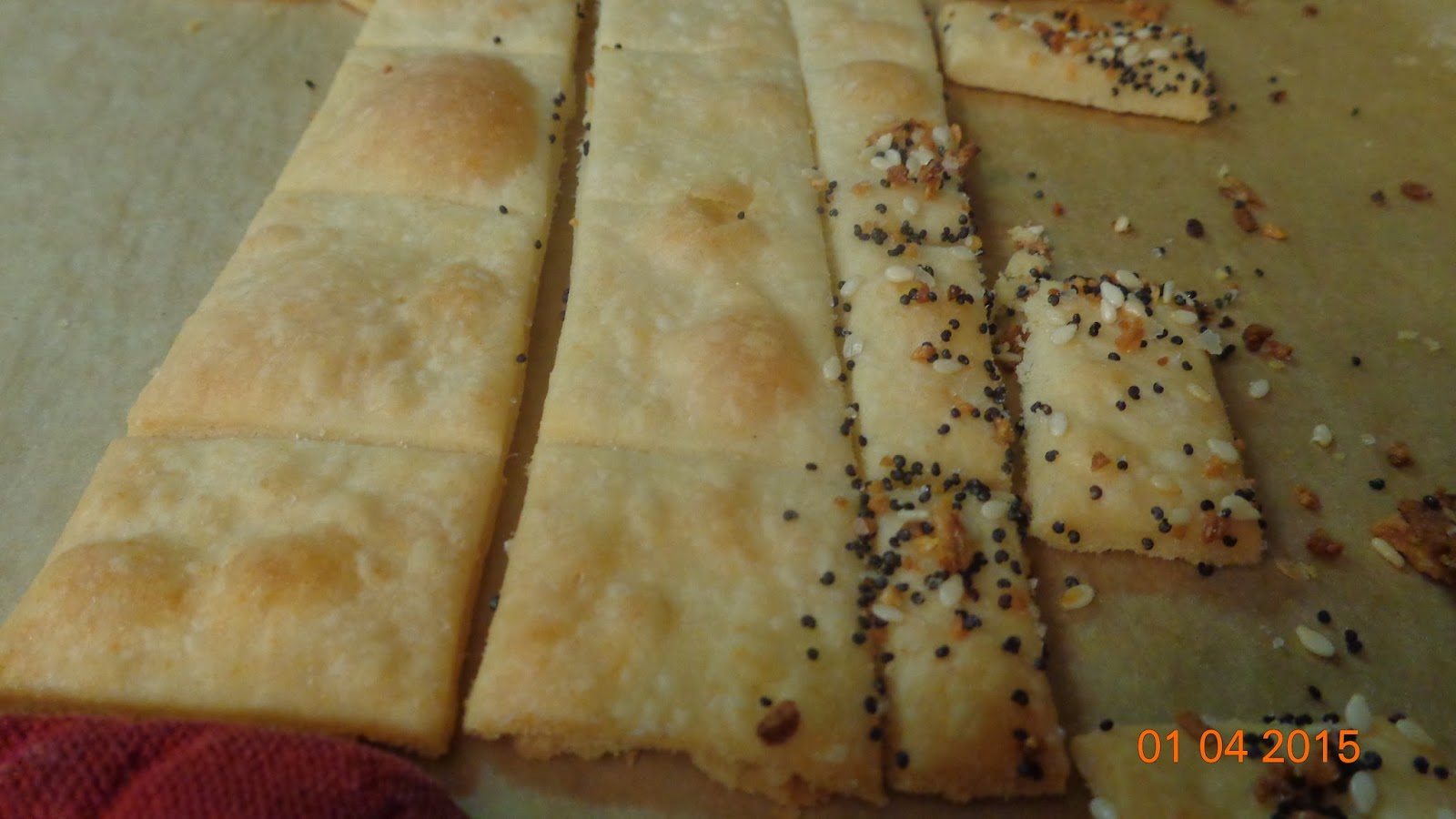 Posted by Thankyouabba at 10:23 PM No comments:

Posted by Thankyouabba at 10:51 AM No comments:

So True! Quote of the week?

This really caught my attention the other day at Books a Million.  I love this mug! 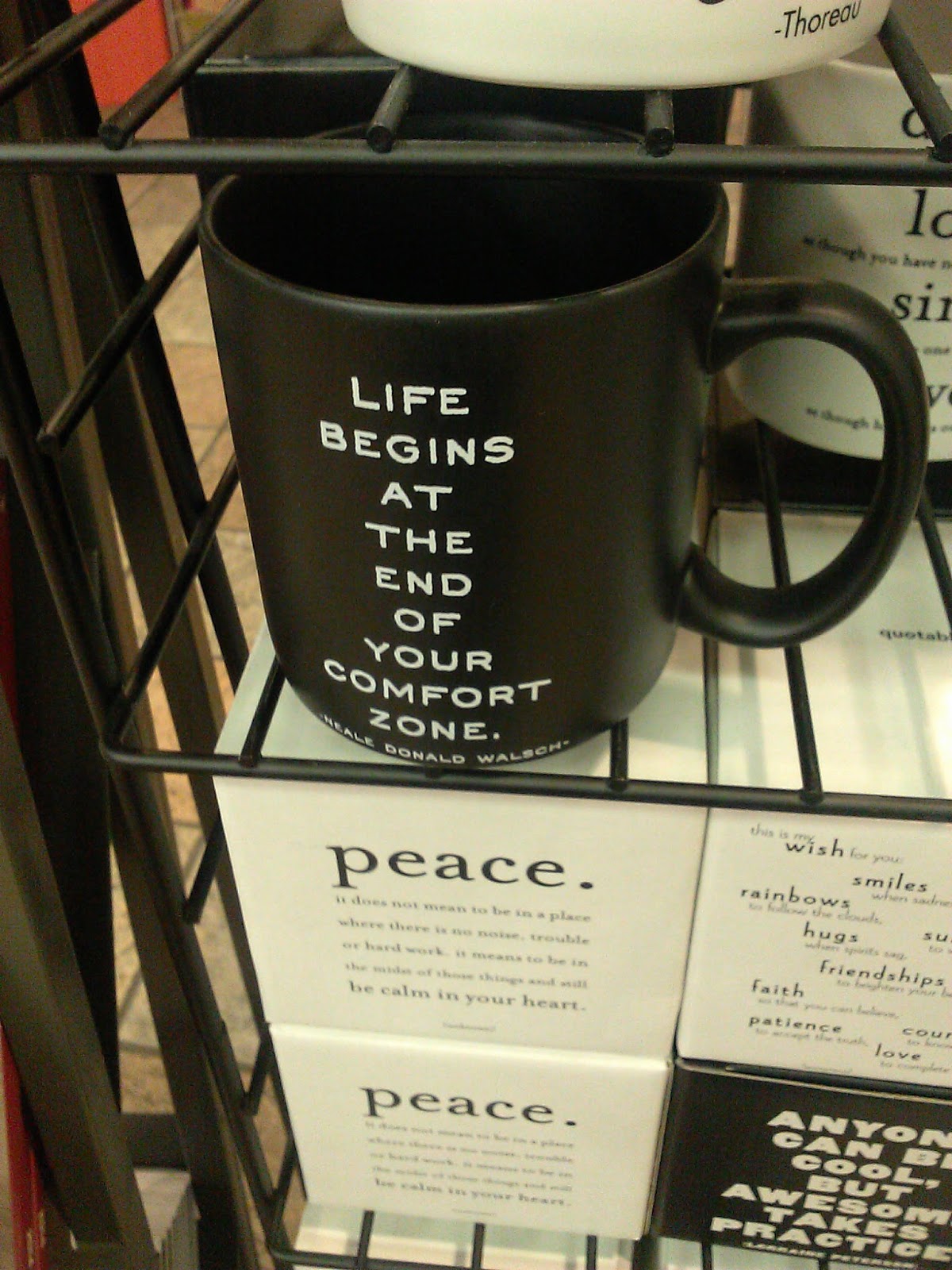 Posted by Thankyouabba at 9:08 AM No comments:

So I heard this song today on my am radio in my car.  Yes, my car only has an am radio.  But like my son says..."Your car plays the good songs.".  Lmao.

Posted by Thankyouabba at 8:54 AM No comments:

Hello! I am a stay at home mommy to two beautiful children!
I enjoy being meek and learning all I can about God's Word and enjoy taking classes at Charis Bible College online. You can get hundreds of free bible teachings online at Andrew Wommack's ministry. Or www.awmi.net.
I am looking forward to going to Colorado for my second year of college. I am also looking forward to how God is going to shape this year in my life.
I enjoy making things from scratch, in the kitchen that is. I make homemade bread, desserts, and much more.
Thanks for visiting and may our God richly bless you and touch your life with a love that you will never forget!!! 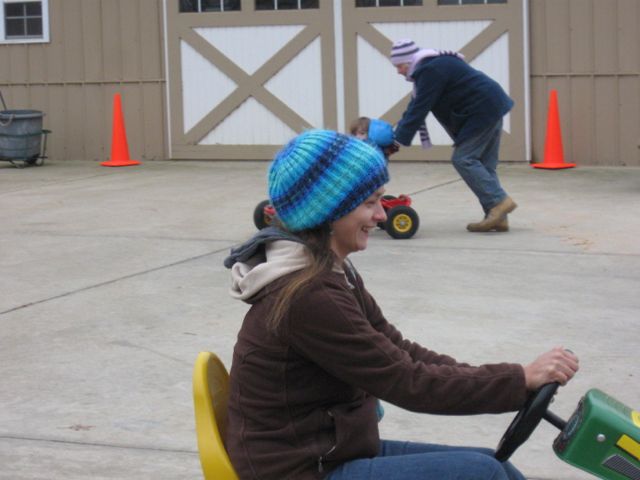